How does social media effect our teen’s identity?

Home → Narcissism → How does social media effect our teen’s identity? 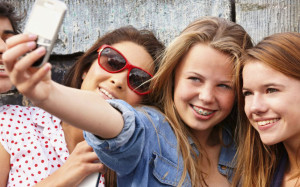 The ‘gaze of the camera’ impacts how others view us and also how we view ourselves, basically creating a ‘hyper-real’, which is not real – but then we have to live up to that ideal.

Think about social media and how easy it is to manipulate images (for example, there’s an app which fixes skins blemishes, brightens eyes and thins down the face).  Add to this a few ‘likes’ from encouraging friends and a teen’s reality is now an illusion.  Social theorist Baudrillard called this phenomenon a ‘simulcra’.  Here’s an example: A friend of mine has a daughter who was off to her weekly singing lesson, yet the girl posted on her Instagram account that she was off to her singing ‘agent’.  Yes, it’s a lie but in her mind it was merely a stretch of the truth and the girl got kudos from her peers, which helped solidify this false identity to create an illusion.

The messages surrounding teens become confused because in a social media entrenched society, identity has become homogenised or, in other words, we’re copying others—usually those people we perceive as popular or powerful.  This imitative mentality is depriving people of the possibility of cultivating true individuality and self-determination. Because of an increase in internet and social media use, teen identities are constructed by the collection and/or manipulation of images.  These images determine how individuals perceive themselves and how they want to be perceived by others and this is a simulcra—a reproduction of the real.  And then of course, the teens have to live up to that ideal or move onto the next ‘fit’.

Often these images bear no relation to reality at all—they are not a copy of the real, but rather they become a truth in their own right—a hyperreal—an inability to distinguish reality from fantasy, especially in technologically advanced postmodern cultures.  Hyperreality is a way to characterise the way we consciously think of what is ‘real’ in a world, where a multitude of media can radically shape and filter an original event or experience.  Teens inundated with all the external messages from the media, the internet and their peers telling them who they should be, rather than being individual, may become lost.  This idea has the potential to illuminate teens and how they communicate, as well as impact on their identity formation which, if hyperreal, will bear little similarity to reality, but will become reality. 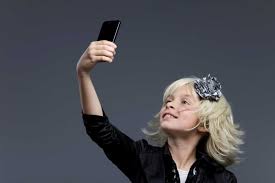 Users are granted extreme control over how they present themselves to their self-selected audiences which in turn encourages narcissistic and self-gratifying behaviours.  The instant gratification and social aspect of social media allows users to dismiss and neglect their own character weaknesses for a seductive supremacy, or ‘God-mode’.  Social media’s self-publication allows us to carefully tailor our profiles (identities) and this impacts on teen behaviour online because they internalise the behaviours of celebrities and try to replicate these deeds in their own lives (more on this later).  Teens view these celebrities’ public personas as representations of real people, not the marketing strategies that they are.  In fact we are celebrating the false manifestations of celebrities, which often bear little resemblance to reality at all. The value placed on users’ online personas encourages a public ‘theatricalisation’ of our teen’s life.  It is as if our teen is on a stage performing, and this enactment is emphasised by the camera lens. 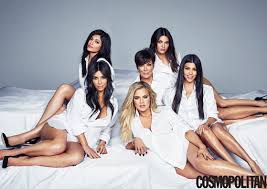