Why are we becoming more violent?

Home → Bullying → Why are we becoming more violent? 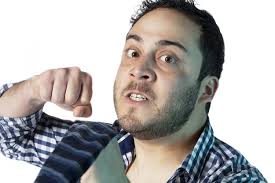 There is a rise in hyper-masculine behaviours

There’s been an increase in ‘king hits’ or ‘coward punches’ in the last few years.  Do a search of ‘King hits’ into YouTube and there’s 45,600,000 results with titles such as, “The Best king hit EVER!!” and “Top 10 King hits”, which means some people are not seeing this behaviour as violent, but rather as cool.  Cole Miller, an 18-year-old Brisbane man was coward punched and died in early 2016.  In fact, in a two-week period around that time, I read about four coward punches on both men and women, which have led to death or medical treatment of the victims.

There are a few reasons I believe are the cause of an increase in coward punches.  With most social change, it’s not one thing that is the cause, but rather a mix of things–like a cake, the end result takes many ingredients.   Firstly, we’re raising our boys to idealise overt masculinity.  Big boys don’t cry, man up, be a man, don’t be a sissy, you’re such a pussy, you hit like a girl, and on it goes.  Basically, the way we’re teaching our boys to be men is part of the problem.  In fact, the way we gender our children is a huge part of the problem.  We’re teaching through role modelling, action and words that girls are passive and boys are aggressive, so that these teachings basically become our belief system or ideology.  We give guns to our boys and toy kitchens to our girls embedding belief systems to normalise these stereotypes.  These belief systems are enabled by a greedy media machine. 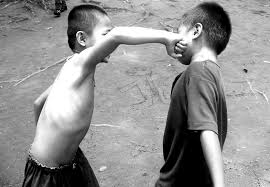 A misunderstanding in how to be male can cause hyper-masculinity 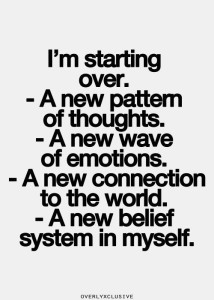 Many of the ideologies we’re instilling in our children are based on violence.  Australia is a white, patriarchal society where men are in most areas elevated above women.  Some men then need to prove their superiority status among other males.  Add alcohol, brains that aren’t mature enough to process problems and issues effectively, and a total lack of respect for social etiquette and values.  Then add in some hyper-masculine advertising, and role models of macho muscle actors who shoot things up and drive fast, and a societal desensitisation to violence, and you get an increase in violence like coward punches.  All of these elements are traits of narcissism and sociopathy—our culture has personality disorders.  But this increase in violence didn’t just start recently, it’s been a slow, constant and relentless change that many people were not even aware of.  It’s evident on our streets, in film, in video games, cartoons, lyrics and music, and books and it’s affecting both genders.

Because it took years, even decades, to create this hyper-violent culture, it will take generational change to move away from the ideology that violence solves problems.  Education is the key: teach our boys that violence and hyper-masculinity are not the only ways to be masculine.  We need to unlearn some of the present day parenting techniques, and we need to culturally connect through community.  One of the biggest problems is that we’ve moved away from being community focussed to being individually focussed – making us a culture of ‘it’s all about me’ – thus, we’re lacking empathy and we’re getting meaner.  Let’s connect and break the ‘meanness’ momentum.

You can invite Dr Lynette Maguire to speak at your school, business or community group.  Contact info@nowgeneration.com.au or 0400 595 679 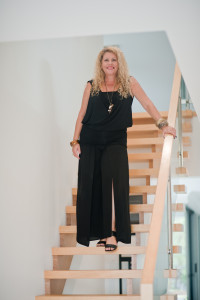 Contact Lynette to have her speak at your school, conference or workshop